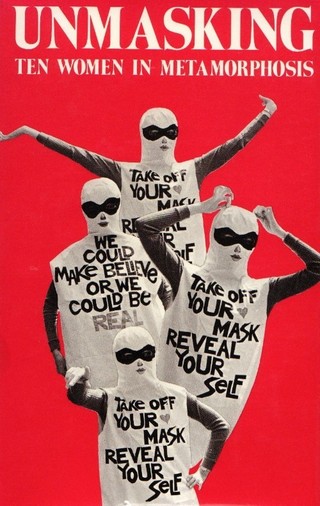 My first book was based on a group of ten women who met in the early stages of the women’s movement in the new “thing” called “consciousness-raising. Uniting to explore our struggles as women and artists, sometimes it took courage to participate. But we became our own protectors, advocate, and creation. The book is a record of our words as we probed and shared our feelings about sex, children, politics, dreams, fears, obstacles, and the future. The book is dramatic in how the women reveal themselves, what they don’t say, and how their activities change as the year goes by.

As you come to know this small group and hear their search in their voices, perhaps this story of awakening and growth will serve as guide. It helps reveal the revolutionary spirit that moved thousands of women throughout the world.

Your Soul at a Crossroads, with Steps You Can Take Not to Lose It
National Audubon Society Almanac of the Environment/ The Ecology of Everyday Life
A compendium of articles, quotes, puzzles that show how our daily activities affect ecosystems. Published by Grosset/Putnam.
Tryin' To Get to You, The Story of Elvis Presley
That's me at age 15 - to Elvis' right
Frolic's Dance
The story of a snowshoe hare surviving in its community in Glacier Bay, Alaska. A Smithsonian Heritage Book.
Loading…}